For more information or to arrange for instruction: mountainpathaikido@outlook.com

In 1990, Nakayama Sensei established Chushinkan Dojo, now in Buena Park, California, and Dyer Sensei was a founding member. Chushinkan Dojo affiliated with the Aikido Association of America the following year.

Between 1990 and 2009, Dyer Sensei was general manager of Chushinkan Dojo. She also assisted Nakayama Sensei at seminars throughout the United States and Europe, and visited Japan to train at Aikikai Hombu Dojo.

In 2005 she was appointed to the Aikido Association of America’s National Teaching Committee and began teaching solo seminars. In 2007 she was the second woman ever to teach a seminar in Poland.

Dyer Sensei moved to Utah in 2009, and the following year was appointed Western Region Director of the Aikido Association of America, a position she held until 2016.

In 2014 Dyer Sensei spent one month training in Japan as a live-in student at Kobayashi Dojo.

Dyer Sensei is based in Logan, Utah, and visits Salt Lake City and California regularly to teach and train. Mountain Path Aikido was established in November, 2011.

Post-pandemic in 2021, Dyer Sensei decided not to reopen Mountain Path Aikido. However she remains a Chushinkan Dojo instructor and is available to teach aikido and iaido to individuals and groups. 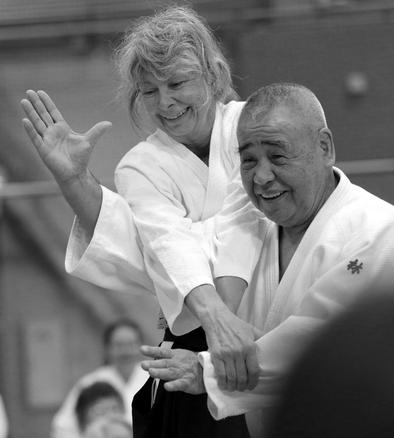